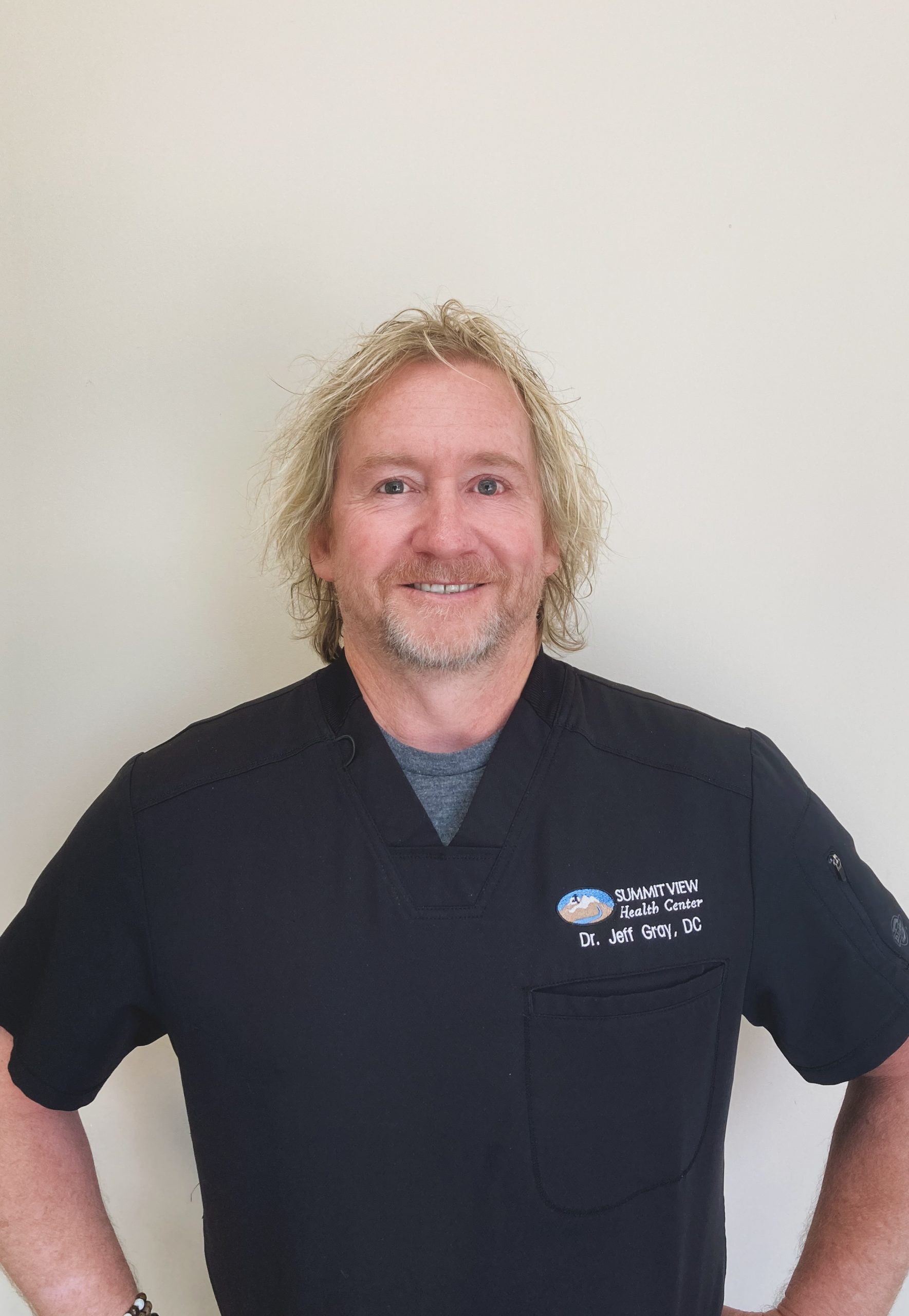 Dr. Gray is a native of Salt Lake City, Utah who always had an interest in the healthcare field. He was involved in athletics and exercise throughout his life and started school wanting to be a Physical Therapist. As he was completing his undergraduate work in physical therapy it became very clear that many illnesses could be resolved or even avoided if we would just live a healthier and more active lifestyle. He eventually switched his career path to Chiropractic which gave him the opportunity to diagnose and treat many more conditions with amazing results…naturally. Dr. Gray completed his undergraduate work at the University of Utah and then attended Palmer College of Chiropractic West in San Jose, California where he graduated with his doctorate degree in Chiropractic. He has been practicing in West Jordan, Utah for the past 20 years.

He is a big Utah Utes fan and loves all sports. He loves playing ice hockey and currently plays in a men’s hockey league. Dr. Gray loves hanging with his family and traveling to new places.

Font Resize
Contrast
Accessibility by WAH
Call Us Text Us