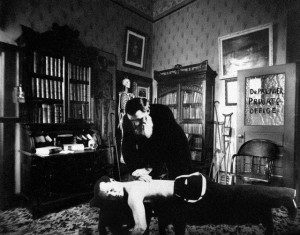 Although modern Chiropractic care began as early as 17,500 BC, modern practice began in 1895 by Dr. Daniel Palmer. Ancient Hippocrates believes that misalignment of the spine contributed significantly to the health of a person. He said, “get knowledge of the spine, for this is the requisite for many diseases.” With criticism coming from his contemporary because of his tonic-free philosophy, Aristotle said, “he made old men young and thus prolonged their life too greatly.” Since that time, great advances and understanding of the human body have come through the practice of chiropractic care.

A native to Canada, born in 1845, Dr. Palmer became fascinated with magnetic healing. After studying the work of Paul Caster in Burlington for two years, he moved to Davenport and opened the Palmer Cure and Infirmary in 1885. The pivotal day of September 18, 1895 marks the beginning of modern chiropractic history.

A janitor named Harvey Lillard did not react at all to the sound of a noisy fire truck passing by. After investigation Dr. Palmer realized that this man was deaf. Come to find out, 17 years earlier after straining his back, he heard a loud pop and after that instant he was deaf. Concluding that the incident with his back and his hearing loss were connected, Dr. Palmer did a quick exam on the spot and found a grotesquely misaligned vertebra. With some convincing, he was allowed to make the adjustment and instantly his hearing was restored. Thus began the experience that now thousands of people have come to rely on, when the body is freed up to work at its best function, it will heal itself. Dr. Palmer’s theory was that if the spine was aligned correctly, the nerve flow to all parts of the body will work correctly and thus the body will be healthy and free of disease.

Font Resize
Contrast
Accessibility by WAH
Call Us Text Us